A graphic explanation of the Bayes theorem

I enjoyed how the 3.16 section of the Stanford Artificial Intelligence class presented the Bayes theorem. Instead of giving a formula and expecting the alumni to apply it, they gave us a problem that the Bayes theorem would solve and expected, I believe, that we figured it out ourselves.

Being as I am counting-challenged, it took me a while to figure out a way of solving it that was simple enough that I could be reasonably sure of my results. It turned out to be a very interesting detour.

An interesting follow-up question would be to figure out how accurate the test would have to be for a positive to have a 50% chance of having cancer. One way would be to reduce the percentage of false positives from \(0.2\) to \(9/990=0.009\) (check it out, this is not obvious from the above), almost dividing it by 20.

How about two independent tests?

Unit 3.20 asks us to figure out the probability of having cancer when two independent test are positive, assuming that the new test has the same probabilities as the previous.

The key here is independence. If the two tests are independent, the proportion of positives in the second test among people who gave positive in the first one will be the same as among people who gave negative. That is, if we take the 9 persons who have cancer and gave positive in the first test, \(P(+^2\mid C)=0.9\) of them will be positive with the second test, or \(8.1\) (and \(0.9\) of the \(1\) who had cancer and gave negative will be positive this time).

If you are like me, this requires some parsing. We humans are hard-wired to understand problems involving people and relationships between people: the chances that you have cancer when you have received a positive cancer test are much easier to think about than the probability of \(A\) given \(B\). So let's translate this to the terms of the problem we have been thinking about:

Which is, of course, what we should have done to start with, without bothering to convert anything to absolute values and dispensing with the 1000's. But convoluted paths are sometimes fun to follow.

The best explanation I've found of the Bayes Theorem is in Alvin W. Drake's Fundamentals of Applied Probability Theory1. Unfortunately it is out of print, but you might get hold of a second-hand copy. This is the one book that helped me understand what probability is about.

Russell and Norvig's Artificial Intelligence: A Modern Approach also has a great introduction, and many interesting examples and practical uses.

Thanks to Utpal Sarkar for his insightful comments and his review of a draft of this article. 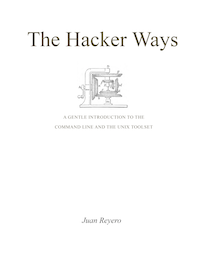